1. The narrowest street in Prague

The street is located near Charles bridge and leads to the restaurant Čertovka. It is about fifteen meters long and only 1.5 meter wide. There are even traffic lights to manage “the busy traffic“. If you have not manage to lose some weight for the summer yet, you might get stuck in it.

This tradition is based on a symbolic “locking of love” by putting a padlock on a bridge or another public place. This tradition spread up from Italy, however, its place of origin is probably China. Prague has its own bridge of love too. You can find it near Velkopřevorský mill on Kampa. 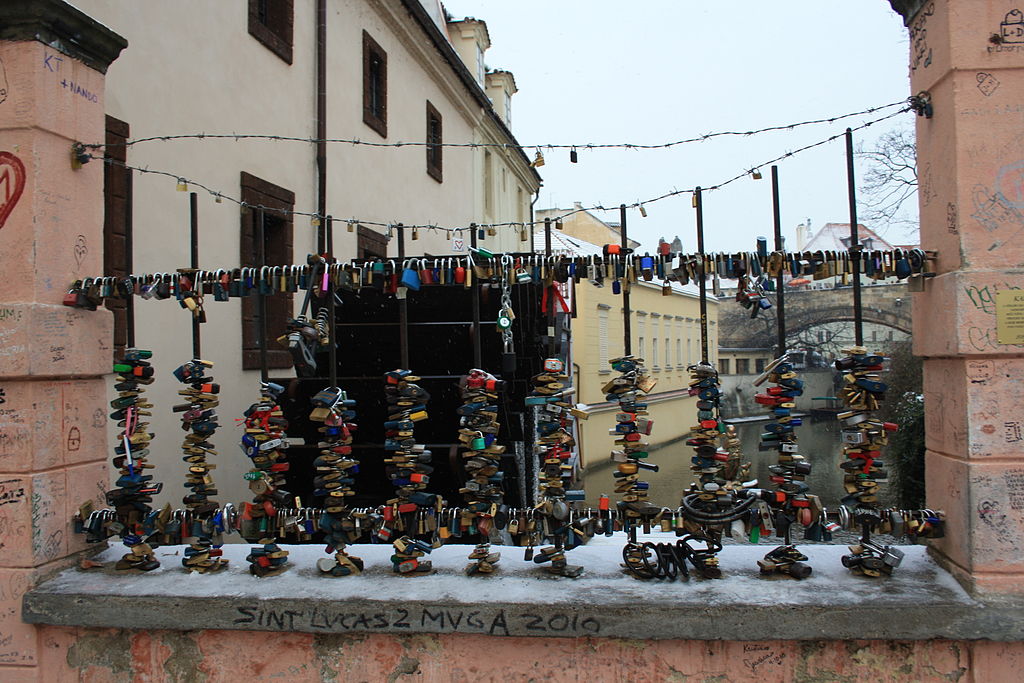 If you prefer to choose a romantic walk in nature to strengthen your love, then you can visit Počernický pond. It was formed in the 19th century and it used to be a very popular recreation site. Recently it was revitalized and is freely open to public.

By Dezidor (own work / vlastní fotografie) [CC BY 3.0 (http://creativecommons.org/licenses/by/3.0)], via Wikimedia Commons

You can visit this exceptionally modern building in Kobylisy near the subway station Ládví. It was built based on a design by a Swiss architect Ernst Giesel between 1945 and 1989. Later in 1990’ the building was finished based on plans by the Prague studio Schaufler-Roskovec. The architectural style is called “brutalism”.

This “well“ seems endless because it uses optical illusion. In fact, it is a sculpture built from many books and two mirrors. 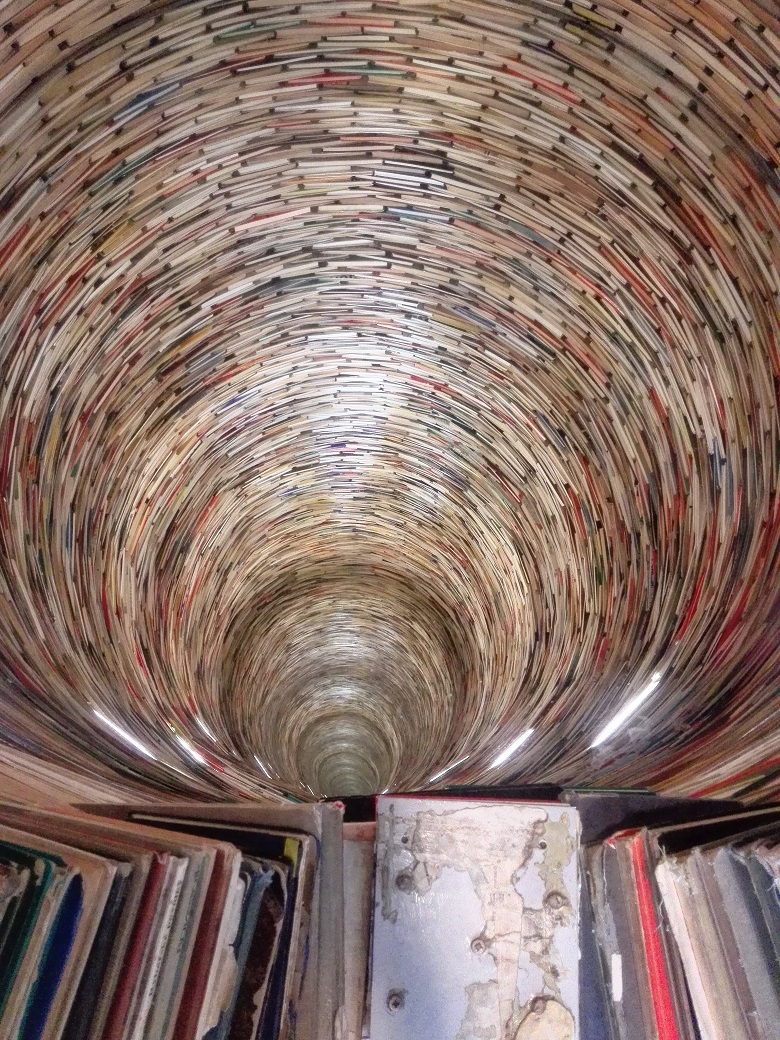 It is probably the smallest house in the Czech Republic too. It is only 2.25 meters wide and you can find it in Anežská street. It has quite an interesting history as it served as a brothel for long 40 years. 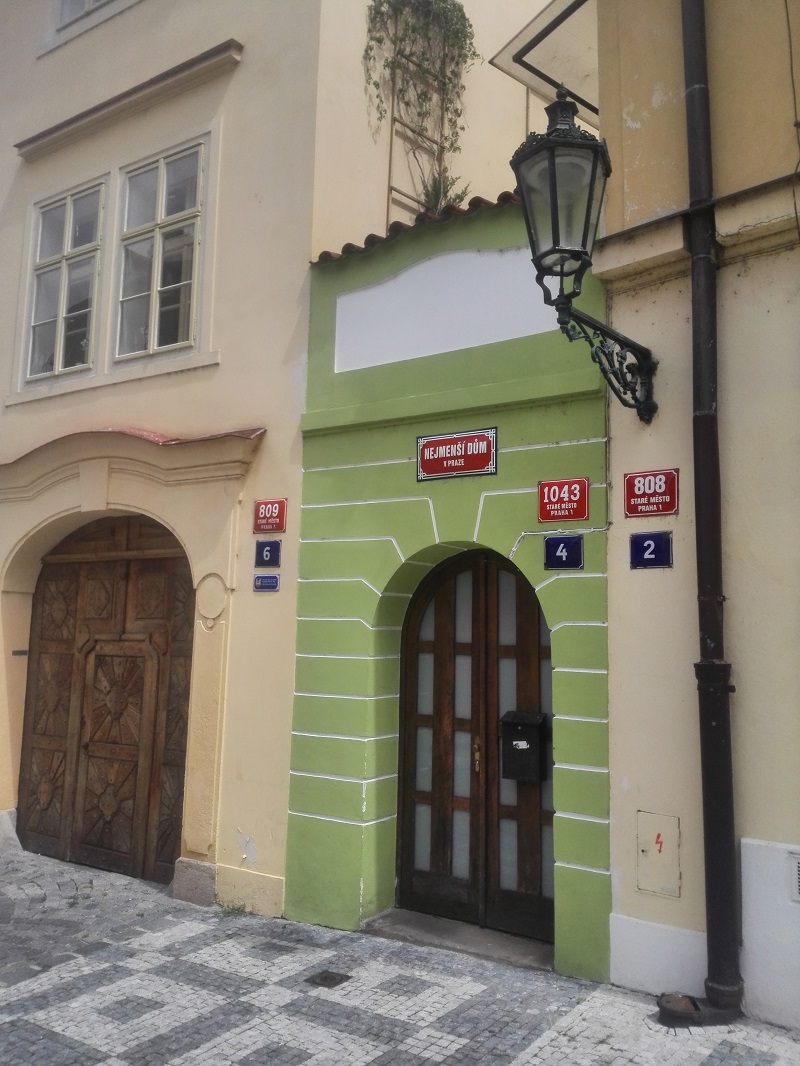 It is the oldest brewery in Prague, which you can find in Křemencova street. It is the only brewery in Central Europe which has been running without a break for more than five centuries. 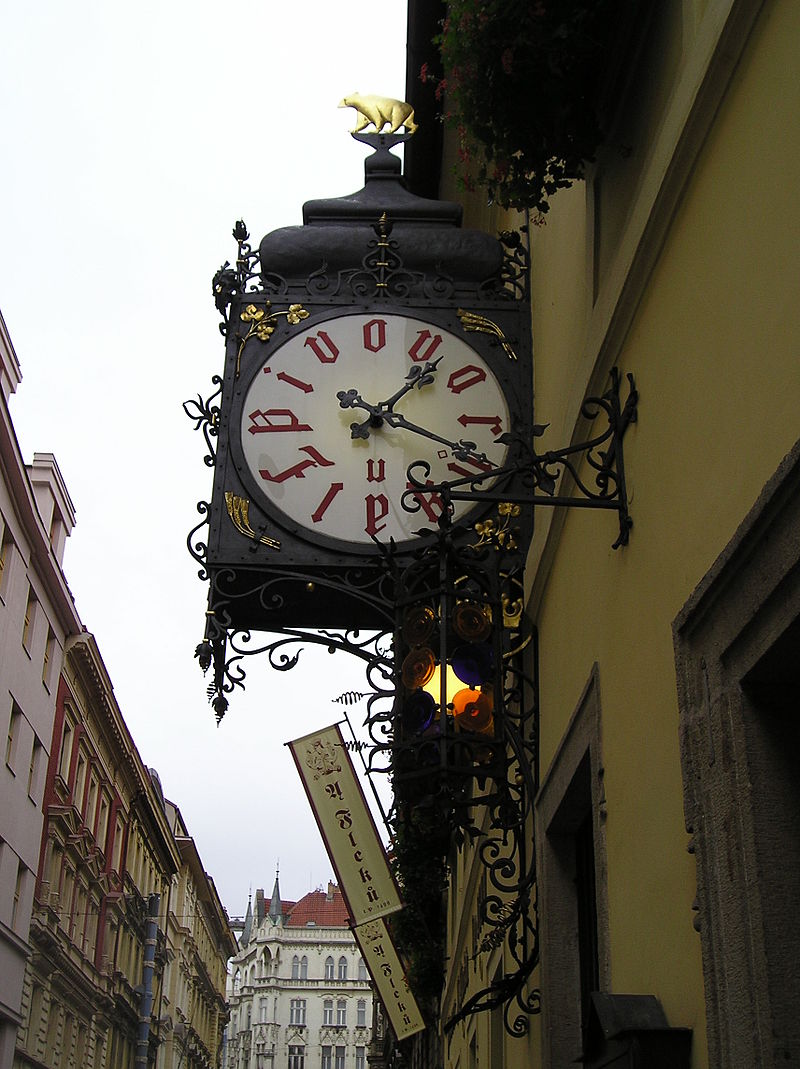 By Vincent de Groot - http://www.videgro.net (Own work) [GFDL (http://www.gnu.org/copyleft/fdl.html) or CC BY 3.0 (http://creativecommons.org/licenses/by/3.0)], via Wikimedia Commons

This carousel is the oldest preserved one in the whole Europe, which dates back to 1892 or 1893. Today there is a fund-raising campaign for its reconstruction.

9. Church of the Most Sacred Heart of Our Lord

This church was built based on a design by a Slovenian architect Josip Plečnik. You can not miss it as it is very similar to Noah’s Ark.

This unique building is made from cast iron and it was built in the Neo-Baroque style. Among the architects who designed it were Otto Haiser and J. Hercík.